The Most Complete Introduction To Non-Standard Milling Cutters

Milling is a way of cutting workpieces using a rotary tool with many cutting edges. It is a very effective approach. During the process of the work, the tool rotates (this constitutes the primary motion), the workpiece moves (this constitutes the feed motion), the workpiece itself can be fixed, but the tool that is spinning must also move (both the main motion and the feed motion). Milling can be done with either horizontal or vertical milling machines, as well as with massive gantry milling machines. These might be conventional tool machines or numerically controlled tool machines. Both of these options are possible. machining performed using a rotary milling cutter as the primary cutting tool. Milling is often performed on a milling machine or a boring machine, and it is well-suited for the processing of planes, grooves, a variety of forming surfaces (such as flower milling keys, gears, and threads), and unique mould forms.

A Brief Overview of Milling Cutters

Flat end milling cutters are also referred to as “flat end mills” in some circles. These mills have sharp edges that can produce an angle of exactly 90 degrees. They might have a single end or a double end, and they can be formed of either solid carbide or high-speed steel manufactured from a variety of different compositions. 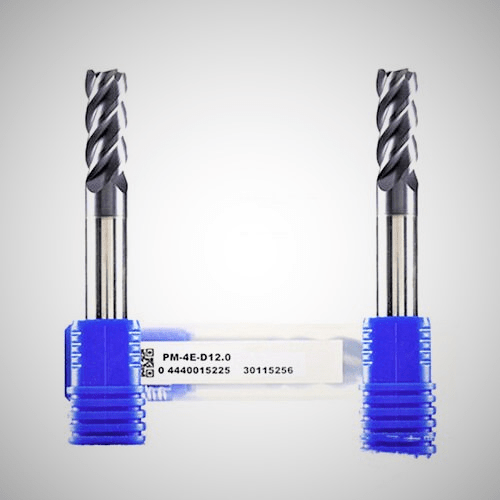 The end mill is one of the most common types of flat end milling cutters, and its primary usage is in milling operations that are performed in industrial settings. End mills and milling bits are not interchangeable in terms of the applications they are used for, the geometry they employ, or the manufacturing process. It is important to keep in mind that flat end milling cutters can be mounted on three to five axes depending on the items that are being milled. It is also possible to add extra attachments to the end mill machine in order to expand its range of applications. If you choose to use flat end milling cutters, you will have the option to place the milling table in a variety of ways, and you will be able to cut the parts in either the vertical or horizontal direction because of the presence of vertical and horizontal spindles.

A ball end-milling cutter is very similar to a slot drill, except the ends of the cutter are hemispherical rather than flat. This type of cutter employs ball end mills. As a consequence of this, they are appropriate for cutting any three-dimensional contoured forms into the machining centers, such as dies and moulds. On the shop floor, they are sometimes referred to as ball mills, despite the fact that this phrase more properly refers to something else. A ball mill is a type of grinder that can grind and combine a variety of materials for use in a variety of applications, including ceramics, paints, and more. Regardless of the situation, you will most certainly overhear machinists using the word. It is also possible to create radiuses between perpendicular faces using a ball end milling cutter, which helps to minimize the amount of stress concentration. It is important not to mistake the ball end milling cutter with the bull nose cutter since the latter has a corner radius that is significantly larger. Because it is half the diameter of the ball mill, a cutter with a diameter of 20 millimeters would have a radius corner measuring 2 millimeters.

Ball end milling cutters may be customized to a broad variety of applications by combining a number of different design elements into its construction. Because of its design, which incorporates a big core, neutral cutting angles, and a slow helix, in addition to the entire radius and HSM machining processes, these tools may be used for roughing, and they have an exceptionally long life even when used on the most difficult materials. Roughing out softer steels in an efficient and predictable manner requires sharper designs with more chip pocket space and irregular helix patterns. These can be utilized in conjunction with more typical tool paths. As is the case with any other tool, it is determined by the specific component being used and the preferences of the programmer. Be that as it may, there is no denying the fact that the ball end milling cutter mill is a strong ally in the process of machining.

When compared to more conventional methods of thread processing, carbide thread milling offers significant benefits in terms of processing accuracy and processing efficiency. Additionally, it is not constrained by the thread structure or thread rotation while it is being processed, and it is very simple to adjust the size of the thread diameter. In order to finish the operation of thread milling, the CNC machining center’s three-axis linkage function and either the G02 or G03 spiral interpolation command are used.

Thread milling cutter is a sophisticated tool that has been quickly evolving in recent years. As a result of its great and amazing processing performance, it is becoming more and more extensively adopted by businesses. It has evolved into a strong instrument that businesses may leverage to increase their operational efficiencies and cut the expenses of thread processing. Utilized in the production of moulds; for non-rotating or asymmetric components; high boring diameters; and interrupted cutting. 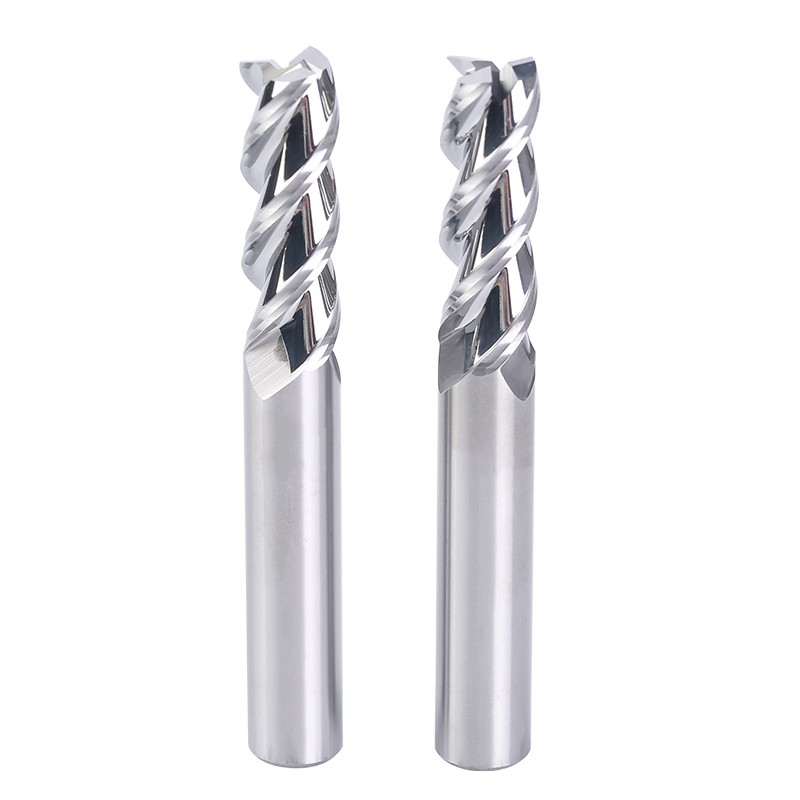 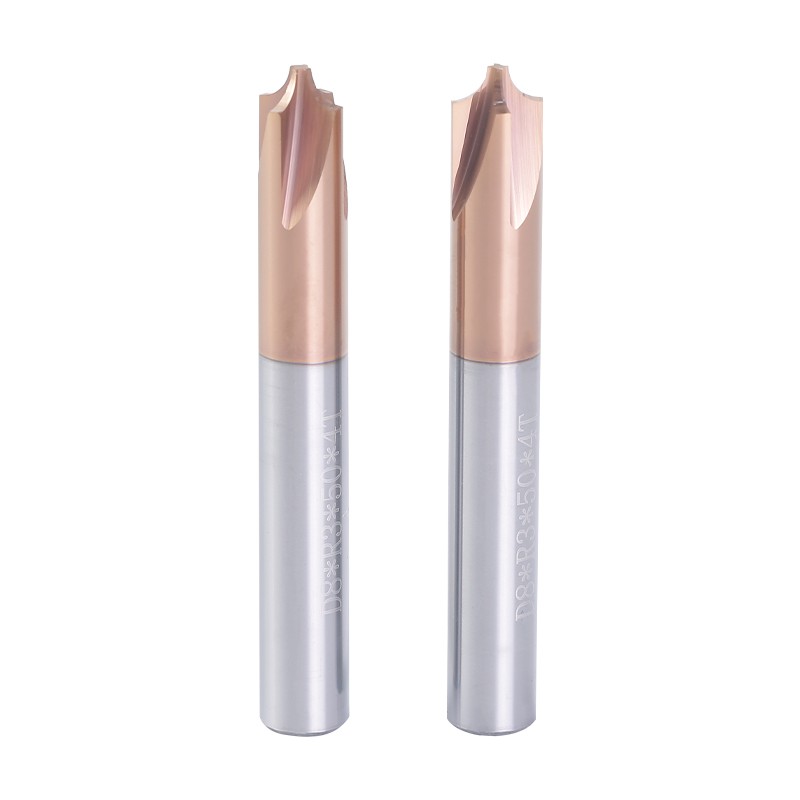 The round nose milling cutter has a long service life and is ideal for cutting high-hardness steel. Material The turning tool made using solid carbide and the entire forging process has a high degree of operating efficiency, a long service life, and increased wear-resistance, strength, and stiffness. The antibacterial surface treatment on the round nose milling cutter helps to keep the tool clean. Strong earthquake resistance, which may result in a higher surface polish degree for the workpiece. 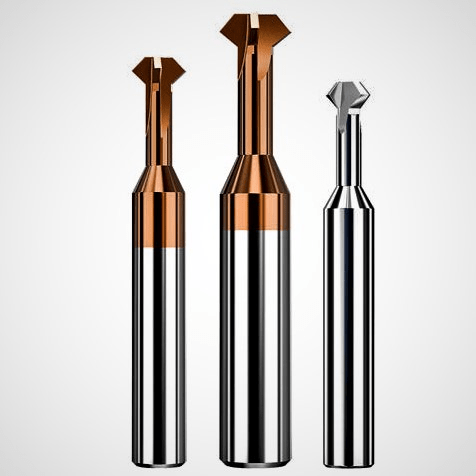 The T-type milling cutters produce a lot of heat during cutting, particularly when the cutting speed is high. As a result, the tool material should have strong heat resistance, both at high temperature can still keep a higher hardness, can continue to cut performance; this is a quality of high temperature hardness, also known as thermal hardness or red hardness.

Reamers are metalworking rotary cutting tools. The process of widening and sizing a hole with a multi-fluted cutting tool is known as reaming. Precision reamers are designed to increase the size of a previously produced hole by a minimal amount while leaving smooth sides. Non-precision reamers are used for basic hole expansion and material removal to deburr. Reaming makes use of an existing hole in the workpiece to remove a tiny quantity of material known as chips. Relative axial and rotational motions between the reamer and the workpiece are involved in the operation. It is commonly performed on a drill press, although it may also be performed on lathes. As the reamer is pushed into the workpiece, a vice, chuck, or fixture holds it securely in place.

A reamer is typically made up of a series of parallel or helical cutting blades that run the length of a cylindrical body. Each cutting edge is ground at a little angle and has an undercut beneath it. Reamers should only be used to remove modest quantities of material to ensure the reamer’s longevity and a great hole finish. The performance of a reamer is determined by various variables, including speed, feeds, and workpiece material.

Dovetail cutters are specialized tools that are utilized for the purpose of cutting dovetail angled grooves into a workpiece. These grooves are then utilized for the purpose of fitting or attaching components. They can have a solid construction or holders and inserts added to them instead. There are a variety of end and tip geometry options available for use with dovetail cutters. These options include a square end, a ball nose, a radius tip, and a chamfer tip.

When choosing a dovetail cutter, it is important to take into consideration the sort of finish that will be applied. In most cases, there are two possible finishes to choose from: roughing/hogging and finishing. The machine shape, flutes, and materials utilised in roughing and hogging cutters are designed to facilitate the removal of large amounts of material in a short amount of time. Typically, they are used to manufacture workpieces to a point that is quite near to the finishing dimensions that are wanted. At that point, a finishing dovetail cutter is employed, which results in tighter tolerances and a higher-quality surface finish.

It is essential to grasp the material of the dovetail cutter in order to comprehend the degree of cutting that can be accomplished by the machine. Hard materials such as carbide, cobalt, and diamond are suitable for usage in high-speed applications. On the other hand, materials like as steel are utilized for common metal machining purposes. Micrograin carbide, which is utilized most frequently in applications involving surface finishing, is another material that may be used for dovetail cutters. Ceramic is still another choice.

The radiating efficiency of the Inner R milling cutter is great. This includes the cutter body, tool bit, superconducting heat pipe and fin, as well as the interface between the cutter body and tool bit. The tool bit of the inner R milling cutter is fitted with a number of sword teeth, and the sides of the sword teeth are fitted with curved sunkenly. One end of the superconducting heat pipe and the fin are attached to each other.

The globalization of industry has led to an increase in the utilization of non-standard milling methods, which has led to their increasingly widespread deployment. To enter the high-end market of manufacturing should be the primary focus of the transformation of the economic development mode that should take place in the tool industry. This should be followed by the elimination of the excess capacity of high-consumption and inefficient standard tools, and the vigorous development of modern high-efficiency tools. non-standard milling cutters are in urgent demand in the industrial business, and society would benefit from their use of less resources if they were available. Provide optimum productivity. If you are seeking for milling cutters that are not standard, you should get in touch with HUANA..